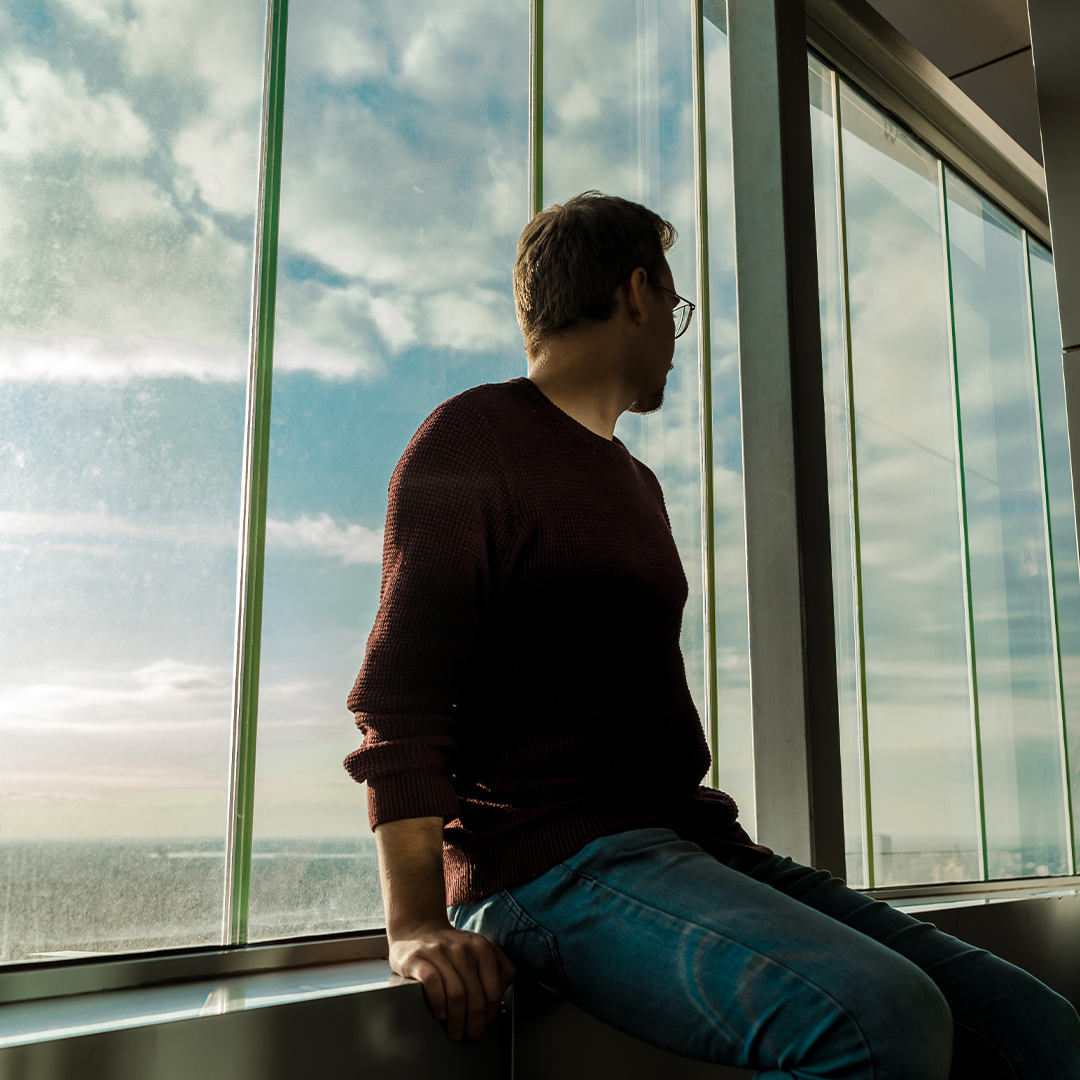 Welcome to the second half of our Taylor Swift Midnights deep dive! If you missed our overview of the rest of the album Midnights, you can find it here.

As we’ve said before, popular culture doesn’t happen in a vacuum. The music, art, and media we surround ourselves with tell us something about our collective experience. Since mental health themes loom large throughout Midnights, it’s only fair to analyze what those themes reveal about our country’s state of mind.

Of course, no self-respecting deep dive could go without analyzing the rich text that is the album’s lead single: “Anti-Hero.”

A Banger with Bummer Vibes

The song’s main themes include self-hatred, self-doubt, and depersonalization. It might be one of Swift’s darkest songs in terms of lyricism and emotion.

But true to her style of couching heavy emotions in bubble-gum pop instrumentals (see: her entire Loveralbum), the song feels peppy, almost triumphant. It’s an excellent fit for the biting sense of humor found on TikTok and among Gen Z and younger millennials. It’s an homage to self-doubt with all its dark twists and turns.

But why does that matter? What does it say about the people turning up the volume every time it comes up on their playlist?

When we think of top Billboard songs, we expect them to be upbeat, danceable, and cheerful. The kind of song you crank up at a party and belt during karaoke.

“Anti-Hero” isn’t the kind of song you crank up when you’re having a good time. You can’t belt out its lyrics without things getting at least a little existential. And Swift’s draw has always been her lyrical prowess, not so much her instrumentals – meaning the depressing lyrics are a feature, not a bug.

Keep in mind, this is the #1 song on the Billboard Hot 100 right now – and has been for the past six weeks running.

Clearly, the song is resonating with a lot of people. Its realness speaks to a lot of people’s mindsets right now. The past few years have given us a new sense of self-awareness that we’re embracing via the music we’re inviting into our lives.

What Taylor Herself Says About the Song

In an Instagram reel promoting Midnights, Swift called “Anti-Hero” “one of [her] favorite songs [she’s] ever written.” She describes feeling like her life has become “unmanageably sized” and not always “feeling like a person.” She goes on to call the song an exercise in honesty and “a real guided tour throughout all the things I tend to hate about myself.”

That’s a pretty dark jumble of emotions. Let’s take a look at what all the fuss is about.

Right off the bat, we get a nice shout-out to weird sleep schedules, a highlight of depression, anxiety, stress, and plenty of other psychological woes. Relatable.

When my depression works the graveyard shift

The speaker feels haunted by the past interpersonal relationships she’s had to abandon in recent years – some very publicly (hi, Karlie Kloss and Scott Borchetta). Swift has mentioned leaving relationships behind in her twenties as time, maturity, and circumstance pulled her away from people who were once central in her life.

Pruning down your social circle is so common in your twenties that it’s almost a cliché. But that doesn’t mean it doesn’t hurt, and Swift gets honest about that. It’s a brave move, considering how much public critics have reviled her for her so-called unstable, flighty relationship patterns for much of her adult life.

This song’s music video elaborates on this point. The evil version of herself shows up at her house to binge-drink and teach her toxic messages like “everyone will betray you.” Therapy, Taylor! Therapy!

Also, the idea of depression working the graveyard shift is something a lot of people can relate to – staying up late into the night, losing touch of a normal routine, wallowing and ruminating on past failures.

I wake up screaming from dreaming

’cause you got tired of my scheming

for the last time

I wake up screaming from dreaming

and life will lose all its meaning

for the last time

Some fans interpret the second iteration as suicidal ideation. Whether or not that rings true to you, she’s still describing literally waking up screaming (a phenomenon she’s mentioned more than once in her music), gripped by the fear that one day her loved ones will get fed up with her and leave her for good. Not fun. What’s got her so bend out of shape?

I’m the problem, it’s me

She’s describing feeling like her flaws are so glaring that everybody must see them – and be talking casually about it behind her back, no less!

it must be exhausting always rooting for the anti-hero

Even the speaker’s tired of herself. She’s not quite ready or able to confront her perceived flaws, let alone solve them yet. She’s self-aware, but not proactive. It feeds into a frustrating, self-hating cycle that’s all too familiar.

Fear About Mortality and the Legacy We'll Leave Behind

The song then plunges into a bombastic bridge describing a recurring dream wherein a semi-distant family member has the speaker killed for a chance at her fortune, only to cry out in dismay:

She’s laughing up at us from hell

Swift is in her thirties, in the prime of her career, and she’s already grappling with her own mortality and fretting about the legacy she’ll leave. In her mind, even death won’t give her an escape from scrutiny. Even after she’s gone, the people closest to her will still curse her name.

Using alcohol as a coping mechanism shows up all over a lot of Taylor Swift’s more recent work. In this case, the music video features Swift binge-drinking and, later, hiding from her family to drink alone.

But perhaps the most vulnerable part of the song is when Swift slurs “everybody agrees” over and over again, almost as if she’s drunk herself into a stupor and that’s the only thing still on her mind. Which isn’t unrealistic, considering alcohol (as a depressant) runs the risk of making people feel worse instead of better.

We can’t talk about “Anti-Hero” without addressing the most controversial lines in the entire song:

Sometimes I feel like everybody is a sexy baby

and I’m a monster on the hill

Too big to hang out, slowly lurching toward your favorite city

Pierced through the heart, but never killed

While making us collectively cringe, the line works on a few levels:

An Uncomfortably Accurate Description of Sexism

The most direct interpretation is that these lines reference a scene from the sitcom 30 Rock wherein a character defends herself for acting like a “sexy baby.”

It’s a scathing interpretation of how society expects women and femme-presenting people to dumb themselves down to preserve their safety in a patriarchal society. Whether you play into those expectations or transgress against them, it’s demoralizing and distressing.

In this context, Swift is saying she doesn’t fit the societal ideals of femininity – ideals that everyone but her seems able to totally nail. Instead, she feels grotesque, dehumanized, and even attacked by those around her.

A Visceral Description of Body Dysmorphia and Body Image Issues

Body dysmorphia is a condition wherein someone is fixated on the idea that some aspect of their body or appearance is severely flawed, to the point where they take extreme measures to try to hide or fix it. The flaws the person sees can be a severe exaggeration of their actual features, or even some “flaw” they’ve completely imagined up.

Because the “flaw” isn’t totally based in reality, someone with body dysmorphia might feel like their brain is putting everyone else on a pedestal just so they can feel worse about themself.

Most people have experienced a lessened version of this when they look at a particularly beautiful person and think “I’m so ugly compared to them!” Or, put in other words, everybody is a sexy baby and you’re a monster on the hill.

Saying the Quiet Part of Mental Health Out Loud

When we look at this line in the context of Swift’s comment about “not feeling like a person,” (referenced above) the “sexy baby” line also screams parallels to mental conditions that can chip away at a person’s sense of self and their ability to relate to others. For example:

What Does Loving This Song Say About Us?

We don’t get a sense of closure or denouement from the song or the music video. The song ends with another peppy chorus. The music video ends with Swift hiding from her family and drinking alone. There’s no solution, no resolution. Just accepting that feeling bad about yourself from time to time is part of life.

The country’s been through a rough few years. From an ongoing pandemic to increased public consciousness of social and political problems, a lot of us are still picking up the pieces of the lives they led pre-2020 and figuring out what their future will look like. As Swift herself once put it, “I haven’t met the new me yet.”

For an artist who’s made a name for herself from being relatable, what’s more relatable than feeling a little lost and sad right now? If nothing else, it makes a great case for feeling our feelings.

If you’re serious about taking care of your mental health, you probably know by now that there’s ...
Read more
Other posts you may like

What to Do If Your Medication Isn’t ...

Psych meds aren’t one-size-fits-all. Mental health is complicated and everyone’s symptoms, brain ...
Read more
Other posts you may like

The Medication Life Cycle – How Does ...

If you’ve ever taken prescription medication before, you probably have some idea what to expect ...
Read more
Other posts you may like

The Most Common Psychiatric Medications ...

The world of psychiatric medications is broad and can be overwhelming if you don’t have any ...
Read more
Other posts you may like

The Most Common Mental Health Diagnoses ...

Navigating life with a mental illness can feel isolating and lonely at times. But the truth is, 1 ...
Read more
Other posts you may like

Welcome to the second half of our Taylor Swift Midnights deep dive! If you missed our overview of ...
Read more
Other posts you may like

What to Expect During Your First Psychiatrist Appointment Psychiatric drugs can be a significant ...
Read more
Other posts you may like

6 Ways You Can Prepare for Your First ...

You’ve done the work. You’ve found the therapist you think will be right for you. You’ve booked the ...
Read more
Other posts you may like

Ah, holidays. There’s nothing quite like bonding with your extended family over mashed potatoes and ...
Read more